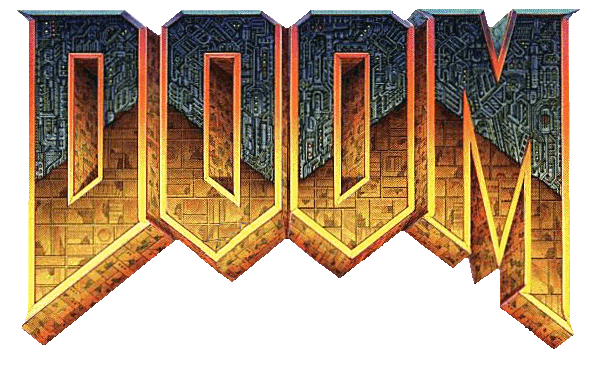 The infamous hit FPS that runs on anything

GZDoom is the primary way to play in a modern context. Extends the Doom engine dramatically too, most mods only run on it. Will need some configuration though, see the bottom for suggestions. Eternity Engine also gets a mention, if only because it runs the acclaimed Heartland.

For multiplayer, Zandronum is the main offering due to supporting ZDoom and GZDoom mods. Alternatively, ZDaemon comes with progress and EXP tracking while Odamex is portable and open-source. Q-Zandronum is a Zandronum fork with better netcode and the ability to do Quake movement.

To get as close as possible to a classic experience, Chocolate Doom is what is needed, or Crispy Doom to play with a few more features, like a higher resolution and removal of engine limits. PrBoom+ is an old and famous engine, and has a fork with extra tools called dsda-doom. Doom Retro has a very nice look.

The official release on Steam runs in Unity. It also works fine.

As bonus suggestions, WAD Commander (mentioned in Freeware) can play WADs in the browser and works as a web app on phones, while Delta Touch brings the source ports to a native Android app. And finally, BIG Vanilla Wad Pack (Maximum Doom the way 'Kid Did) is a whole pack of WADs setup for a DOS environment. QuestZDoom and GZ3Doom are VR ports.

ZDoom Launcher makes launching WADs way easier than having to make .bat files or drag and drop the WADs. As an alternative, Doom Launcher can also download the WADs. Or try Harkos's Doom Launcher. PortaDOOM works like a '90s diskzine. Doomseeker is a good matchmaking tool that can automatically download required WADs. WadSmoosh can merge all the classic WADs (and Sigil, below) into one megawad.

The original WADs can be extracted from any Doom release. GZDoom can also detect the WADs in the folders for the Steam or GOG (Doom 2) ports if you don't want to bother. Alternativley, you can use FreeDoom instead (Blasphemer for Heretic).

Simple HUD Addons is a compilation of helpful HUD tweaks. m8f's toolbox has some useful utilities, such as Autoautosave and TargetSpy. I also use DamNums for damage numbers. Cameraman can make movies. Toby Accessibility Mod is an entire preconfigured GZDoom and mod for the blind. PyWeaponWheel is a weapon wheel that can work with many weapon mods. Vanilla Essence lets you make GZDoom look vanilla with the push of a button, configurable in many ways. Here's a High Res SFX pack.

Going Down is a good and famous megawad, as is Ancient Aliens. Back to Saturn X E1: Get Out Of My Stations and E2: Tower in the Fountain of Sparks are also highly regarded. Thatcher's Techbase has a silly premise and fantastic music. Heartland, mentioned above, is very detailed. Lullaby looks beautiful. Impossible: A New Reality is mindbending.

Scythe and its sequel are well regarded megawads, and so is Eternal Doom. lilith.pk3 is glitch art and requires the discontinued ZDoom. Works of the Masters is a a "Deluxe Edition" of the Master Levels for Doom II, featuring WADs present in the original release and rejected. GROVE has Myst-like puzzles. The Given is a massive and detailed puzzle map. A.L.T. is like a fever dream. Sunder is also worth a shout-out. Void is colorful. Void And Rainbow looks majestic. dead.wire and spiritual sequel dead.air are scary. Stardate 20X6 and sequel Stardate 20x7 are about the color purple.

SIGIL is literally made by Romero. Also has a paid version with a soundtrack. John also made Tech Gone Bad, a replacement for E1M8. Arcadia Demade is a demake of the Bioshock level by its primary designer (Blog post).

MetaDoom brings elemts of all the Doom games together. Treasure Tech is inspired by the Wario Land series. Highway Acceleroid Booster is inspired by Mega Man X. Hideous Destructor turns Doom into a tactical realism shooter, with demons. The Hideous Destructor Bootcamp is recommended for the former. Russian Overkill gives you ridiculous weapons. Doom Delta adds pre-release elements. Doom 4 Doom and Doom4: Death Foretold add stuff from modern Doom. Doom 4 Vanilla is notable for being able to run without a source port, on MS-DOS. Corruption Cards adds rougelike-style modifiers. Combined Arms (Gaiden) has NES themed weapons and a complementary monster set, Malefactors. The arsenal of Space Hunter is themed after the original Metroid. GMOTA let you play medieval themed characters. Mr. Friendly turns any Doom level into Animal Crossing. Doom Fighters changes your moveset into a brawler. Doom Shinobi turns you into a ninja. Project MSX changes the game to be more like Halo. Here's a list of a bunch of Monster Packs. Dead Marine REDUX is a version of Dead Marine (below) that adds gameplay tweaks.

The NUTS.wad trilogy are maps with so many enemies your computer might lag processing all of their AI (or just rendering them). Doot gives you a trumpet. RooL spins the sprites. DooD reverses everything by half. DooW flips everything upside-down, Extreme Weapon Pack makes the arsenal more intresting. The Massmouth series (2, Christmas prequel) are weird. The Call of Dooty trilogy (third game) are parodies. Typist turns Doom into a typing game. Linear Doom is all of Doom 1 in a hallway. Liquidated Doom sets the map underwater.

Batman Doom (Reborn, Github page) is one of the oldest. REKKR is also well-known, and even has a standalone Steam release with an extra episode (paid). Shadow Of The Wool Ball and sequel Rise Of The Wool Ball are more Wolfenstein-like.

The Adventures of Square is a fantastic, cartoony take on the formula. Action Doom turns Doom into a Contra-style game. Action Doom 2: Urban Brawl (Reloaded, download this) turns it into a beat-em-up. Ashes 2063 (Enriched Edition) and Afterglow turn it into post-apocalyptic shooters. Total Chaos turns it into survival horror.

There's still more. Solace Dreams is Dark Souls horror. Memoirs of Magic is an action RPG. Lycanthorn and its sequel, Rain of Beasts (Steam), are Castlevania-style adventures. Shrine (Steam) and Shrine II (Steam), from the same dev, are about fighting an eldritch horde. Castlevania: Simon's Destiny is a fan reimagining of the first NES game. Doom: The Golden Souls (Remastered) features a colorful Mario-like asthetic. The sequel adds a world map and proper platforming. Operation Echo is a 2D, sidecrolling shooter. The Forestale (Steam, paid) is a 2D platformer. nu//void is a black and white puzzle platformer. Wolfenstein: Blade of Agony is an old-school WW2 shooter.

I'm still not done. A Boy And His Barrel is a Portal like puzzle game. Pirate Doom is a wonderful adventure. Abysm: Dawn of Innocence and Abysm 2: Infernal Contract are RPGs, complete with a hub. Aliens: Eradication has 4 classes. Snap the Sentinel is a 16-bit styled run-and-gun adventure. TIME TRIPPER is chaotic. Skulldash: Expanded Edition is an arcade-style high-score chase. The Ghoul's Forest series are horror themed maps. AUGER;ZENITH is a cyberpunk campaign. BLOOM is a crossover with Blood and an unbelievably good soundtrack. Reelism and its sequel are an arcadey survival mode. Hellshots Golf is golf. Paradise is just some maps with some effects and a gameplay mod to go with them. Trench Foot is set in a Ctulhu/Warhammer 40K inspired universe.

On the multiplayer side, Mega Man 8-bit Deathmatch is an 8-bit styled arena shooter with a campaign (and its own mods, this video showcases Community Class Based Modification, Community Hotel, and Vs. Saxton Hale, relatedly, see MM8BDM Fishing), while Quake Champions: Doom Edition is basically a classic FPS crossover game, playable as an arena shooter or as a co-op gameplay mod. DoomWare is multiplayer WarioWare, and super fun. Jumpmazes are platforming challenges. Push is just about kicking everyone off platforms. WhoDunIt: The Art of Deception is Mafia/Werewolf/Among Us.

Doomworld hosts most of the PWADs, as well as the /idgames Archive database. The ZDoom forums also feature many mods. For recommendations, look through the Cacowards. Or just look through the add-ons included with the commercial Unity port. ONEMANDOOM's WAD Reviews is another good place to browse. Also try Doomworld's Top 100 Maps list or their Missed Cacowards. The Doom Retro Github Wiki also has a list of recommendations.